My love of masala chai started in a small Nepalese village near the Manaslu and Annapurna Circuit treks. We had been welcomed into a home to sit by the open fire and drink masala chai. So what is it, and what is there to love about this traditional beverage? 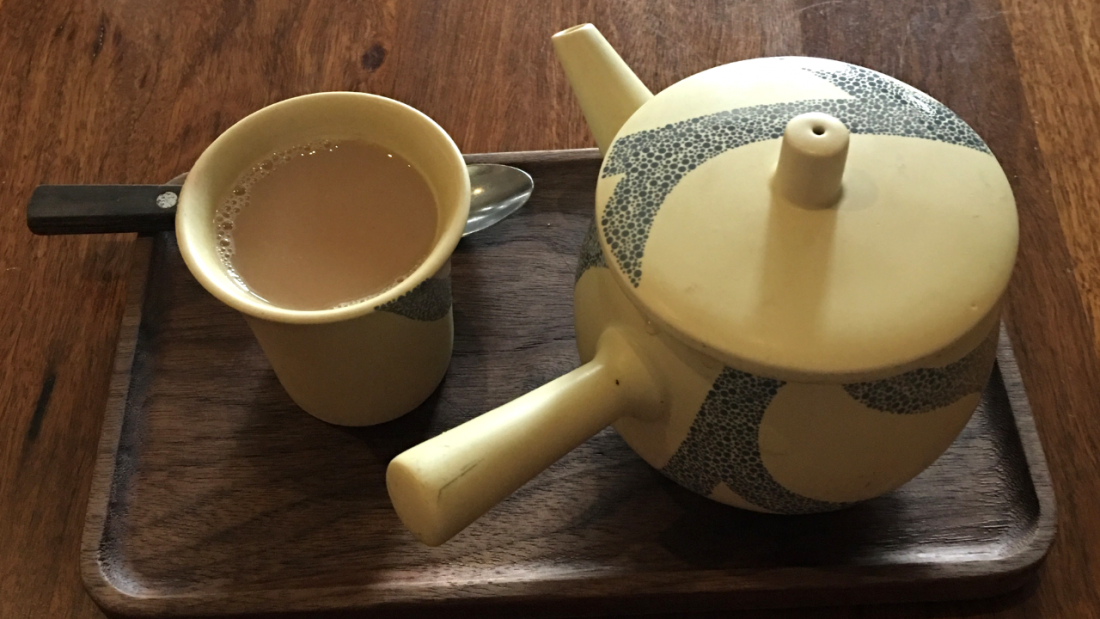 What is masala chai?

Chai comes from the Chinese word ‘cha’ for tea. Many Asian and European languages use chai or cha, to mean tea.

In addition to green cardamom pods and ginger, other spices that are often added to traditional mixes are:

Traditionally black tea was used, but modern versions use green tea, rooibos, and dandelion tea. The spice mix can also be enjoyed by itself or with or without added milk and sweetener.

Sugar was the original sweetener used, along with jaggery (concentrated cane juice without the separation of the sugar crystals and molasses). Honey is also used as a sweetener.

Buffalo milk was the first milk used, but now cows milk is also added. Condensed milk is used in many rural communities where refrigeration is not available. In the West, soy, nut, cereal and coconut milks are also used. Chai can be enjoyed without added milk too.

The traditional way to make chai is to simmer the ingredients over heat. About one teaspoon of mix per cup of water is used, and then the spice is adjusted during the brewing process.

Milk and sweetener may be added during the cooking or afterward.

The mix ideally simmers for at least 10 minutes.

In Nepalese homes, chai simmers on the open fire all day long.

Other ways to brew the mix in hot water are:

Allow the mix to steep for at least 5 minutes. Then add your sweetener and milk, as desired.

You can vary the blend of spices, milk, and sweetener to suit your taste buds.

The combination of spices, milk, and honey creates a nourishing and satisfying beverage.

By altering the mix of spices, tea and sweetener you change the impact on your energy levels, for example, you may choose a caffeinated or non-caffeinated tea. I often have black tea in the morning and rooibos during the afternoon.

The blend of spices and tea can be altered and you can have chai with or without added milk and sweetener.

Tune into what you need, as you may not always feel like added sweetener.

#5 Offers potential health benefits through the tea and spices.

Click on the link above for the benefits of tea. In an upcoming post, I will share the potential health benefits of the spices added to chai.

I also love drinking chai as it connects me to my friends in Nepal.