We often hear and read about superfoods from chia seeds to broccoli and blueberries. But how do they fit into a healthy way of eating? My post on nutritious foods was prompted by an article published by the BBC, The 100 Most Nutritious Foods 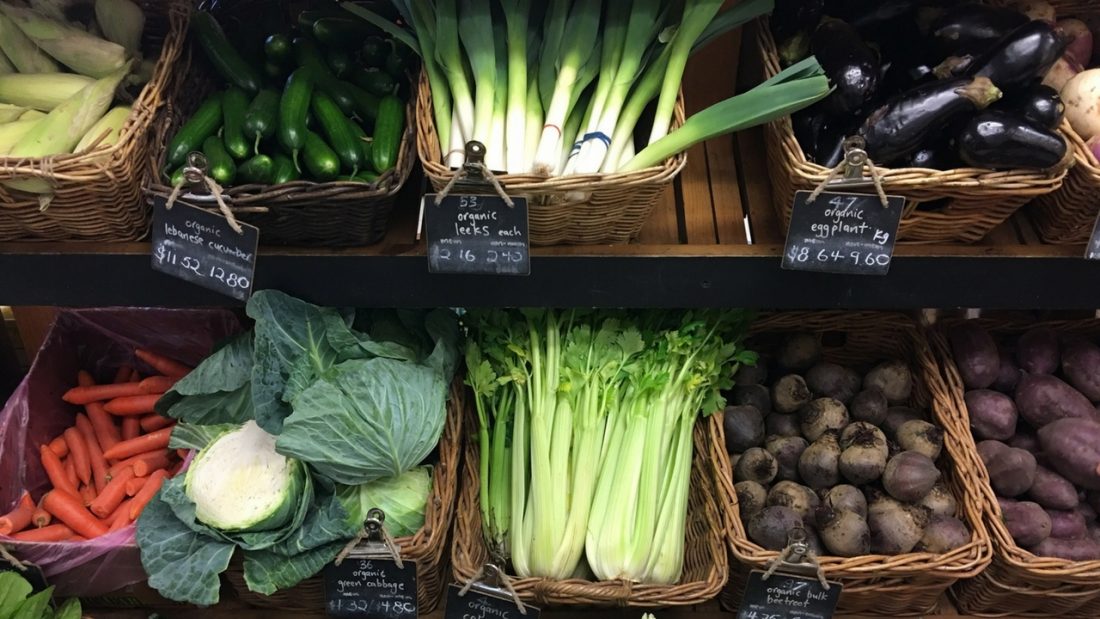 Research behind the 100 most nutritious foods

The BBC article, The 100 Most Nutritious Foods , was based on research reviewing 1000 raw or minimally processed foods on the USA food database.

The purpose of the study was to identify individual super foods that best met daily requirements for nutrients, including protein, fat, carbohydrate, vitamins, and minerals. From reading the research paper, it is not clear whether fibre or phytonutrients were included, or which vitamin and minerals were studied. However, the BBC article refers to dietary fibre, some phytonutrients and also toxins such as high mercury levels in fish.

Researchers compared 100g serves of foods and tried to identify the smallest set of foods to meet the nutritional requirements of an active, healthy 20 year old male. The food sets could not exceed the recommended daily intake of any nutrients.

Foods with similar nutrients were grouped together by a method called constructing a food-food network.

The next level was the 41 food clusters or groups, as tabled below.

There were also a few foods that were separate to the classifications and clusters such as egg white, honey, salt and duck and goose fat.

As you can see, foods even within traditional food groups such as fruit have nutritional differences and have been allocated to separate clusters.

To assess the nutritional fitness of each food the researchers developed what they called an irreducible food set. This is a group of a small number of foods that meet daily nutritional requirements for a 20 year old male. Unfortunately, I have been unable to access examples of these food sets.

The top 10 foods, those with the highest nutritional fitness (NF) scores were reported as:

Without access to the irreducible food sets and more information about the vitamins, minerals, fibres, and phytonutrients studied, it is difficult to comment on the top 10 or top 100 foods.

“Without more information about the nutrients studied and the irreducible food sets it is difficult to comment on the top 10 or top 100 foods.”

Bottleneck nutrients were assessed as favourable e.g. linoleic acid found in almonds or unfavourable such as cholesterol in sea perch. It is not clear how unfavourable nutrients impacted on the nutritional fitness score of a food, or whether it was factored into the score at all.

In regards to nutritional fitness scores and bottleneck nutrients, remember, the authors were trying to minimise the number of foods consumed to meet nutritional requirements. They also did not want to exceed the recommended daily intakes for any nutrients.

How do the Australian Dietary Guidelines identify nutritious foods?

The Australian Dietary Guidelines are based on:

Meeting nutritional requirements for males and females, for children, adolescents, and adults of different ages, so cover the entire healthy population,

Food modeling was based on how food is usually eaten, including serve sizes and cooking methods, was used to create menus that Australians would commonly eat.

The food groups and approach to modeling nutritional requirements for the Australian Dietary Guidelines is much more practical than the one used for calculating the nutritional fitness scores above.

“Overall, I believe that the term ‘superfoods’ is misleading.”

Research on superfoods is always of interest. However, the current research, reviewing 1000 foods, has several limitations and unknowns.

Overall, I believe that the term ‘superfoods’ is misleading. The general principles for selecting nutritious foods are:

The Eating for You book and workbook provide detailed guidance on meeting your health and lifestyle requirements.

The 100 Most Nutritious Foods

Uncovering the nutritional landscape of food