Do I have to eat meat to be healthy? The simple answer is no!

No one eating pattern is necessarily healthy as it depends on whether the balance of nutrients provided meet your individual health requirements. You may choose to be: 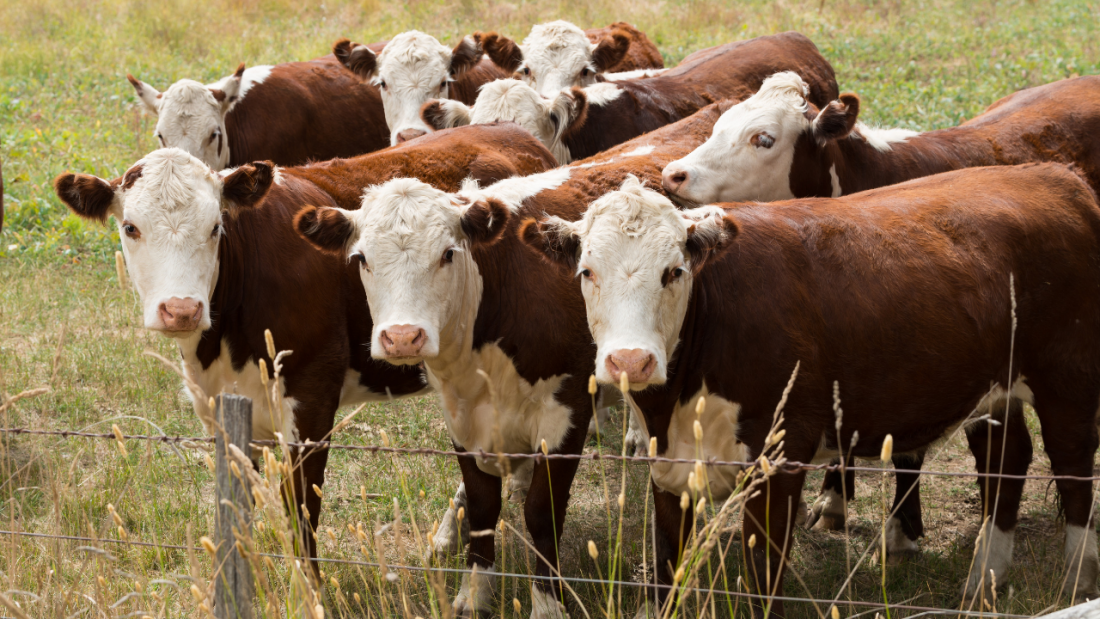 When I discuss food choices and health, I like to take a broader look at what contributes to our health. Health is also dependant upon other lifestyle choices such as sleep, exercise, not smoking, stress management and limiting alcohol consumption, purpose in life, meaningful work and our relationships with others.

Meat is a valuable source of protein and micronutrients such as iron, zinc and vitamin B12. It also provides all essential amino acids.

These nutrients can be obtained from plant foods too. But there is a misconception that you can just stop eating meat and not replace it with plant protein alternatives such as tofu, lentils, and legumes (pulses).

When balanced the vegetarian pattern of eating (plant-based styles of eating) is associated with health benefits. The Adventist Health Study was one of the first research trials to show the potential health benefits of vegetarian meal patterns.

When balanced the vegetarian pattern of eating (plant-based styles of eating) is associated with health benefits.

In the Adventist Health Study (1) over 60, 000 members of the Seven Day Adventist Church in California were surveyed. Members of the church are encouraged to eat a vegetarian diet, not smoke cigarettes and abstain from alcohol. As a community, their exercise levels are double those of non-Adventist Americans. In this study, 35% of Adventists were lacto-ovo vegetarian, 3% vegan and 20% ate meat less than once a week. The study found that diabetes was 100% higher and hypertension 200% higher in non-vegetarian Adventists.

A meta-analysis of randomised control trials (2019) showed that blood pressure from eating a vegan pattern was similar to other dietary interventions such as Dietary Approaches to Hypertension (DASH).

However, the vegan diet was of benefit when participants had systolic blood pressure levels above 130mgHg. A meta-analysis pools the results of all available research studies to measure the effectiveness of an intervention, e.g. change of diet.

Vegetarian patterns of eating have also shown benefits for heart health. A meta-analysis of prospective cohort studies (2019) showed that there is a reduced risk of CHD incidence and mortality with a vegetarian style of eating. Cohort studies follow large groups of people (communities) for several years. This type of research identifies associations, rather than causal relationships.

In recognition of the meat-eating culture, this particular paper also discussed how to encourage Americans to eat less meat. 10% of the USA population follow vegetarian or vegan patterns of eating. Other research indicates that 33% of Americans intend to buy more plant foods in the next year.

But one of the most popular ways to decrease meat intake is through meat-free days. In Italy and France, 45% of consumers regularly include meat-free days, and 57% in Germany and 61% in Spain.

But one of the most popular ways to decrease meat intake is through meat-free days. In Italy and France, 45% of consumers regularly include meat-free days, and 57% in Germany and 61% in Spain.

In Australia, a Roy Morgan survey found that 12.1% of Australians are now eating vegetarian or are almost vegetarian.

I have been unable to find any data on how many Australians choose to have meat-free days. Meat-free challenges and frequently promoted though. In 2017, Australians were encouraged to give up meat during Bowel Cancer Awareness Week.

Eating too much meat is believed to increase cancer risk. The International Agency for the International Research on Cancer (IARC) ratings on meat classify red meat as Group 2A, which means that it is probably carcinogenic to humans. There is strong evidence linking red meat intake and colorectal cancer. Processed meats are classified as Group 1, meaning that there is convincing evidence that they cause cancer in humans.

The World Health Organisation has a useful question and answer page on meat and cancer (see references below).

As outlined in my book, Eating for You, the cooking method alters the nutritional quality of meat too. The browning and charring of meat increase the production of heterocyclic aromatic amines, which are compounds that have been shown to increase cancer risk in animals. Preferred ways to enjoy meat include soups, casseroles, and curries.

The World Cancer Research Fund recommends no more than 500g cooked red meat a week. In Australia, the upper limit is 455g. However, for environmental reasons, we are encouraged to eat far less red meat. The EAT-Lancet report recommends less than 100g red meat per week.

Whilst, “No” is the simple answer to the question, “Do I have to eat meat to be healthy?” there are some people that require some meat and/ or animal foods in their eating pattern.

Whilst, “No” is the simple answer to the question, “Do I have to eat meat to be healthy?” there are some people that require some meat and/ or animal foods in their eating pattern. Research into the Traditional Mediterranean showed that a healthy way of eating is predominately plant-based, but the inclusion of small quantities of animal foods is possible.

The Mediterranean Diet started a new focus on nutrition and health research, as this way of eating showed that the pattern of eating was more than the sum of its parts. There was a synergistic relationship between the foods providing health benefits that were beyond the individual foods and nutrients.

In Australia, only 1 in 8 adults eats the recommended number of serves of vegetables. On average, 30% of energy intake comes from ultra-processed foods. So to improve the way that we eat, we need to consider the total pattern of foods.

Research into the Traditional Mediterranean Diet showed that a healthy way of eating is predominately plant-based, but the inclusion of small quantities of animal foods is possible.

EAT is a non-profit organisation in Sweden that has the aim of achieving healthy people and a healthy planet.

The EAT-Lancet commission report2. was released in January 2019. It involved 37 scientists (health and environmental) and 16 countries. Another non-government, not for profit organisation, independently funded the research.

The problems outlined in the report included:

The report also covered agriculture practices, but my focus is on nutrition only.

The eating pattern devised, the Planetary Diet, needed to:

To do this, health researchers worked with environmental scientists, to make sure sufficient resources (water, land space and fertiliser) was available for crops and livestock.

In summary, the Planetary Diet calls for:

The pattern of eating recommended is similar to food quantities eaten in the Traditional Mediterranean Diet. This way of eating is estimated to lead to a reduction of 11 mill premature deaths per year.

This way of eating is estimated to lead to a reduction of 11 mill premature deaths per year.

Please see an earlier article on specific food quantities that are recommended in the Planetary Health diet compared to current Australian recommendations. LINK

The following three changes need to occur for the Eat-Lancet recommendations to meet the UN Sustainability guidelines and Paris agreement:

Changing how we eat

People who like to eat meat say that they could never give it up. Those who are very attached to eating meat justify their decision stating that it is natural, normal and necessary. Research clearly counteracts the third argument, as, in general, eating meat is not necessary for physical or mental health.

Research reports that meat-eaters find meat tasty and satisfying and avoid thinking about the suffering of animals.

Research reports that meat-eaters find meat tasty and satisfying and avoid thinking about the suffering of animals.

The EAT-Lancet Commission report shows that giving up red meat totally is not necessary. Those who choose to eat meat could have up to 100g red meat, 200g poultry and 200g fish each week.

The two strategies to reduce meat intake are to reduce how often we eat it, and/ or the portion size. And most importantly replacing meat portions with suitable plant-based alternatives, such as lentils, legumes, tofu, and tempe.

I came across an interesting article on how our beliefs affect our experience of eating meat. Three separate studies explored how providing information on how animals are raised impacted on the enjoyment of eating the meat, willingness to eat the meat again and how much participants would pay for the meat.

The same meat was offered with each different description of intensive factory farming and humane farming—where animals could roam outdoors. One of the studies provided a third choice (a control) which gave no information about how the animals were raised, only information about where the meat was usually sold.

The humanely farmed meat was most popular.

These studies question whether negative labeling would be more effective than a positive label to prompt consumers to eat humanely raised meat. It was also not surprising the participants rated the control sample of meat similar to the meat that was humanely raised. We like to think that the animals we eat are treated well.

A systematic review of the scientific literature (2019) assessed consumer attitudes to environmental concerns about meat consumption.

In summary, awareness of environmental issues related to meat was low (23 – 35%). Willingness to change, once the environmental impact of eating meat is known varied from 5 to 66%.

The large range in willingness to change is thought to be related to the different request within the individual studies. Some studies asked participants if they would be willing to reduce meat intake with regular meat-free meals, whereas other promoted plant-based eating.

Giving information on environmental issues may or may not change the willingness to reduce meat intake.

Giving information on environmental issues may or may not change the willingness to reduce meat intake. Geographical and cultural differences impact on people’s willingness and ability to change. Whilst not studied, the pleasure of eating and confidence in preparing meat-free meals would also have an impact.

Changing the way we eat is difficult. Research undertaken by Brian Wansink and Jeffery Sobel (2007) showed that we make over 200 decisions about food every day, but may only remember 15 of them.

This is why the Eating for You approach encourages mindful eating, so we can make less habitual choices and more conscious ones. We have several different drivers for eating: physiological hunger, health, body image, ethical and spiritual beliefs, food knowledge and skills, preferences, pleasure, emotions and stress and convenience.

Changing our eating habits requires us to connect with these different drivers. Dominant drivers for eating are required to change the way that we eat.

If you are interested in learning about the basics of food and how to change the way that you eat, then take a look at the Eating for You book.

The Eating for You book and workbook provide guidance on reviewing your drivers for eating and creating a personalised eating and lifestyle program based on your ethical, cultural and health requirements.

The effect of vegan diets on blood pressure in adults: A meta-analysis of randomised controlled trials, Lopes P et al, Am J Med, 2019

Eating for You book

Red meat – should you eat it?

Iron-rich foods for all eating styles

Aim for no food waste

5 tips for 5 vegetables a day

What is all the fuss about sugar?

How many teaspoons of added sugar a day?

What is the answer to can I eat sugar?

A week of no added sugar

How to eat without added sugar