This week we are continuing on with the basics of a nutritious diet. Our choice of grain and cereal foods ideally considers our health requirements, a balance of the different grains available, and the degree of processing. Wholemeal and wholegrain varieties are promoted due to their higher content of fibre and other nutrients compared to refined products, such as those made with white flours. 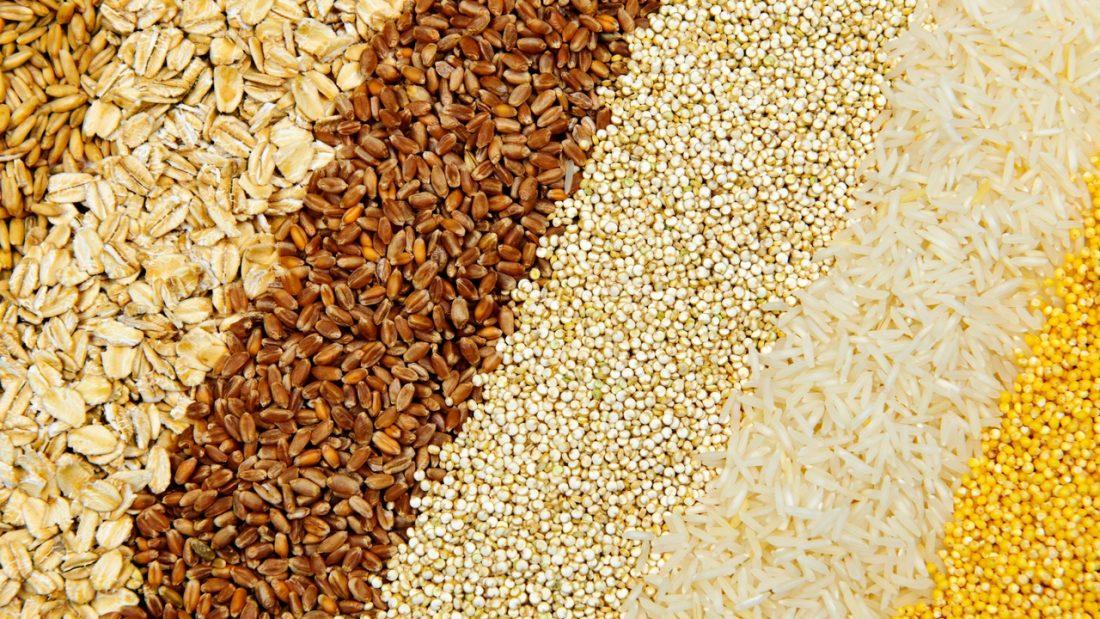 What are the Benefits of Wholegrain Foods?

Grains and cereals supply the body with a range of nutrients, including carbohydrate, iron, and thiamin. They also provide protein, fibre, magnesium, zinc, riboflavin, niacin equivalents, folate, and sodium.

The Australian Dietary Guidelines recommend 4 to 6 serves a day of mostly wholemeal and wholegrain varieties. The amount you need really depends on how active you are. If you are not particularly active, then you may only require 2 to 4 serves. For men and active adults, 6 or more serves may be required.

What is a Serve?

A serve equals any one of the following options:

I like to term the grain and cereal foods recommended in the Australian Dietary Guidelines as everyday foods. Foods that have high amounts of added sugar, salt and fat, such as cakes, sweet biscuits, commercially prepared muffins and some savoury biscuits are not included in the grain and cereals group. The natural nutritional balance of these foods through processing has been altered in a way that can be detrimental to health. Consider them as occasional foods.

Over the past several decades wheat-based foods have had a high profile in the Australian diet. From my observation bread, muffins, wheat crackers, and other savoury biscuits have become a convenient snack. The 1995 National Nutrition Survey estimated about 40% of our cereal consumption was from sliced bread and bread rolls. Breakfast cereals also contributed highly. The exceptions to this trend were people from Asian countries who consumed 70% of their grains and cereal as rice.

I encourage you to reflect on the cereal and grain foods that you have eaten during the past day and week. Do you eat at least 2 serves? Do you eat mostly sliced bread? Is it white, wholemeal or wholegrain? Perhaps if you eat mostly refined or occasional types of grain foods, consider ways of substituting these foods with more nutritious varieties. Try mixed grain porridge for breakfast, baked vegetable quinoa salad with lunch and boiled brown and wild rice with a stir-fry meal in the evening. I’m not suggesting that you totally remove bread; rather I’m encouraging you to enjoy a variety of foods.